Apart from the brain, the liver is the most complex organ in the body, performing around 500 different functions. There is no safe level of drinking #alcohol. Therefore, keep your liver healthy! #livercancer #EUCancerPlan @EU_Health #Endhep #EuroTestWeek #ILC2022 @Marko_Korenjak

State of the Art lectures

Discover here below the three 30-minute lectures running without sessions in parallel.

State of the Art: The future of omics and big data 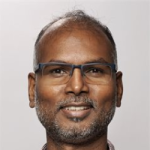 Dr. Mani Arumugam is a Group Leader and Associate Professor at the Novo Nordisk Foundation Center for Basic Metabolic Research, University of Copenhagen. He leads the “Microbiome Systems Biology” research group that investigates how health and diseases are influenced by our gut microbiome; how the gut microbiome interacts with the host and environmental factors; and how we can therapeutically modulate the gut microbiome to improve health. His group takes interdisciplinary approaches combining multi-omics microbiome data to study host-microbial cross-talk. The group also investigates therapeutic approaches to modulate the gut microbiome towards improving human health. Mani has an interdisciplinary education with degrees in biotechnology and computer science. He has been studying the human microbiome for over 15 years. He currently leads Work Packages for microbiome multi-omics data integration in two large EU Horizon 2020 consortia (GALAXY and MICROB-PREDICT) studying liver diseases. He has published 61 research articles, including in Nature, Science and Cell. He has an h-index of 34 with >28,000 total citations (ISI Web of Science). He was listed among the Highly Cited Researchers of 2018, 2019 and 2020 by Clarivate Analytics. Relevant publications: 1. Trebicka J, Bork P, Krag A, Arumugam M. “Utilizing the microbiome in diagnosing and treating decompensated cirrhosis and Acute-on-Chronic Liver Failure.” Nature reviews gastroenterology & hepatology 18, 167-80 (2021). 2. Wirbel J, et al. “Meta-analysis of fecal metagenomes reveals global microbial signatures that are specific for colorectal cancer.” Nature Medicine 25, 679-89 (2019). 3. Palleja A, et al. “Recovery of gut microbiota of healthy adults following antibiotic exposure.” Nature Microbiology 3, 1255-65 (2018). 4. Yu J, et al. “Metagenomic analysis of fecal microbiome as a tool towards targeted non-invasive biomarkers for colorectal cancer.” Gut 66, 70-78 (2017). 5. Arumugam M*, Raes J*, et al. “Enterotypes of the human gut microbiome.” Nature 473, 174-180 (2011).

Over the past several decades liver transplantation (LT) has continued to grow and evolve with huge improvements in organ preservation and procurement, surgical techniques management of recipients, including the prevention of medical complications and immunosuppression therapy.

The modern LT is characterized by remarkable improvements in post-transplant patient and graft survival, and better quality of life.

Thanks to these ever-increasing improvements in overall survival, indications for LT are expanding, also as a result of a better understanding of liver diseases and innovative therapies.

The State of the Art Lecture will provide an updated overview of newer indications for LT with a critical discussion on principal present and future challenging features of LT, including the changing epidemiology scenario for liver diseases, the importance of frailty and sarcopenia assessment and the quality of liver graft. Due to the still limited availability of organs and risk of death of patients on the waiting list, the use of non-optimal grafts should be assessed, from HCV+, HIV+, Covid-19+ donors. A better quality of sub-optimal grafts could be achieved by the machine perfusion use for organ preservation. New prospective for the future includes the artificial intelligence applied to LT.  A respectful and inclusive transplant medicine must always consider the patient perception on any medical action, especially organ transplantation. 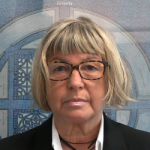 In 2021 she received the EASL recognition award 2021 and she obtained the Fellow of the American Association for the Study of Liver Diseases (FAASLD). She is also President of the NGO Marina Minnaja Foundation for the research and study of liver transplantation.

Currently she is Co-chair of The Lancet – EASL Commission on liver diseases in Europe from 2018 and Deputy Editor of Journal of Hepatology from 2019.

She has authored over 370 articles in international peer-reviewed journals, with an H-index of 57.

Accumulating evidence indicates that autophagy operates as a critical quality control mechanism for the maintenance of liver homeostasis in both parenchymal (hepatocytes) and non-parenchymal (stellate cells, sinusoidal endothelial cells, Kupffer cells) compartments of the liver as well. In line with this notion, insufficient autophagy has been aetiologically involved in the pathogenesis of multiple liver diseases, including alpha-1-antitrypsin deficiency,  non-alcoholic steatohepatitis, liver fibrosis and hepatocellular carcinoma, as well as Wilson disease.
I will critically discuss the importance of functional autophagy for hepatic physiology, as well as the mechanisms whereby defects in autophagy cause liver disease. I will discuss novel actionable targets for disease-preventive and therapeutic autophagy enhancement in the liver. 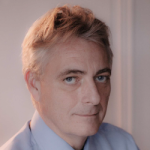 Guido Kroemer is currently Professor at the Faculty of Medicine of the University of Paris, Director of the research team “Metabolism, Cancer and Immunity” of the French Medical Research Council (INSERM), Director of the Metabolomics and Cell Biology platforms of the Gustave Roussy Comprehensive Cancer Center, and Hospital Practitioner at the Hôpital Européen George Pompidou, Paris, France. Dr. Kroemer’s work focuses on the pathophysiological implications of cell stress and death in the context of aging, cancer and inflammation. He discovered the ignition of regulated cell death pathways by mitochondrial membrane permeabilization, the cytoprotective and antiaging effects of macroautophagy, as well as the decisive role of immunogenic cell death in anticancer treatments. With close to 1500 articles including 62 papers in the ‘CNS’ Journals Cell (13 papers), Nature (5), Nature Medicine (21), Science (17) and Science Translational Medicine (6) and an h-index of 258, he the European Union’s most cited researcher in biomedical research. His contributions have been recognized with multiple awards including the most prestigious cancer research prizes from Belgium (Baillet-Latour Health Prize), France (Prix Duquesne, Prix Léopold Griffuel, Grand Prix Ruban Rose) and Switzerland (Brupbacher Prize), the European Union-sponsored Descartes Prize, as well as the most important Italian science prize (Lombardia & Ricerca Prize). Kroemer is the founding Editor-in-Chief of five journals: Cell Death & Disease, Cell Stress, OncoImmunology, Microbial Cell, and Molecular & Cellular Oncology. He is member of the Academia Europaea, Austrian Academy of Sciences, Chinese Academy of Engineering, European Academy of Cancer Sciences (EACS), European Academy of Sciences (EAS), European Academy of Sciences and Arts (EASA), European Molecular Biology Organization (EMBO), German Academy of Sciences (Leopoldina), and Institut Universitaire de France (IUF). He is the Founding President of the European Academy of Tumor Immunology (EATI) and the President-elect of the European Network of Cancer Immunotherapy (ENCI).

Apart from the brain, the liver is the most complex organ in the body, performing around 500 different functions. There is no safe level of drinking #alcohol. Therefore, keep your liver healthy! #livercancer #EUCancerPlan @EU_Health #Endhep #EuroTestWeek #ILC2022 @Marko_Korenjak