A Consortium is a network of individual research groups or centres with a common interest in a specific research area of hepatology with an organisational structure that facilitates the development of common research projects and fosters the acquisition of financial resources to support the activity of the consortium.

Online application: documents and information on the consortium

Applicants need to submit a proposal addressed to the EASL Governing Board related to the general organization of the consortium, its strategy and its aims.

The following information must be included in the proposal:

Applicants have also the opportunity to submit other supporting documents to their application.

The European Network for the Study of Cholangiocarcinoma (ENS-CCA) is an open, international network of scientists focused on the multidisciplinary study of CCA. This pan-European consortium was created in 2015 with the main aim of promoting collaborative research projects at the basic, translational and clinical levels.

The ENS-CCA is coordinating a European Registry of patients with CCA (competitively funded by EASL in 2016 and in 2019) with clinical, biochemical, histological information using the on-line platform REDCap. This registry is the basis of multiple ongoing collaborative projects, which include the use of biological samples of patients from participating Institutions.

The ENS-CCA consortium has been awarded with a COST Action (European Cooperation in Science and Technology; H2020) called “EURO-CHOLANGIO-NET” (2019-2023) that will support the creation of different working groups (on basic science, histological and morphological characterisation, molecular profiling, experimental therapeutics, biomarkers/diagnosis, and epidemiology/clinical trials), collaborative projects, dissemination programmes, congresses/schools/workshops, and exchange of students between European institutions, among others.

In the origin of the EF-CLIF lies the European Association for the Study of the Liver – ChronicLiver Failure (EASL-CLIF) Consortium. An independent entity, the Consortium, with almost a hundred hospitals in 25 countries, is an important instrument for carrying out observational and therapeutic studies on large series of patients.

The EASL-CLIF Consortium had an early development inside the EASL and since its foundation (2009) has received, as unrestricted grants from Grifols, more than 5 million Euros. This represents the first “scientific joint venture” between Industry and Academia regarding Hepatology. Its most significant achievement has been in identifying, characterizing, establishing diagnostic criteria, designing new prognostic scoring, and understanding the mechanisms of a new syndrome (Acute-on-Chronic Liver Failure), which constitutes the principal cause of death from cirrhosis. Before the establishment of the EF CLIF, the Fundació Clínic for Biomedical Research has gave legal and institutional support to the Consortium.

To date, the only definitive treatment available for acute or chronic end-stage liver disease is liver transplantation. However, a lack of donor livers subsists, mainly due to expanding indications and the increase of patients on waiting lists. Over the past decade, major advancements have been made in the research field broadly termed “regenerative Hepatology”. These include breakthroughs in stem cell research and in the development of advanced biotechnologies/biomaterials.

Times have become mature to coordinate the integration of multiple distinct technologies in one single advanced therapy development chain leading to the optimization of liver tissue engineering and associated biotechnologies.  This with the aim to implement and even replace liver transplantation and thereby serve a large patient group with an urgent medical need.

The EASL Consortium for Regenerative Hepatology is aimed at the delivery of bioengineered tissues and associated biotechnologies for regenerative Hepatology. The Consortium is a multidisciplinary European-based organization including individual research groups or established centers willing to join efforts to achieve common goals and fosters the acquisition of financial resources to support the activity of the Consortium.

Drug-induced liver injury (DILI) is an uncommon and potentially severe adverse drug reaction following an exposure to medications, herbal products or dietary supplements. Idiosyncratic DILI is attributable to medicinal products taken in a therapeutic dose and has been described in association with over 650 drugs used in clinical practice.

The EASL DHILI Consortium is a multidisciplinary network of clinicians, scientists, patients, industry partners, and regulators, all with an interest in the study of Drug and Herbal & Dietary Supplement-induced Liver Injury.

This consortium was born from an awarded COST Action (European Cooperation in Science and Technology, funded by the European Union) called “Prospective European DILI Network CA-17112”) to set up a European-wide interdisciplinary co-operative network of stakeholders in the DILI field (including scientists, clinicians, regulatory authorities, Small and Medium Enterprises (SMEs) and industry partners). 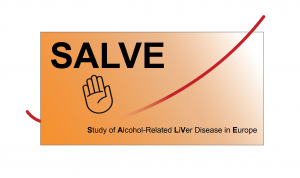 The EASL Consortium for the Study of alcohol-related liver disease (SALVE) is aimed at the creation of a multidisciplinary European-based organisation including individual research groups or established centres willing to do research in the area of ALD.

The planned research includes clinical studies, mostly epidemiological, such as the creation of a prospective multicentre registry of patients with ALD, aggregation of histological data, in order to define histological criteria and scores, and also basic research. The Consortium aims to achieve common goals and foster the acquisition of financial resources to support the activity of the Consortium.

The aim of the EASL-VALDIG consortium is to perform large multicentre epidemiological, pathophysiological and particularly interventional studies within the field of interest and to stimulate research for vascular liver disorders.

VALDIG (Vascular Liver Disease Group) is an independent network of researchers with a common interest in Vascular Liver Diseases.
The aim of this network is to foster research in this field.  All VALDIG centres are connected by one database, which allows for the coordination of joint research projects. In addition, VALDIG is supporting the establishment of new research groups to provide young researchers with the opportunity for interaction and knowledge building.