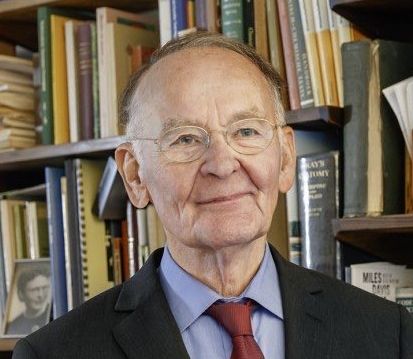 It is with great sadness that EASL announces the passing of Prof. Christiaan Hendrik (Chris) Gips, a pioneer in liver transplantation, patient empowerment, and education in the field of hepatology. His work was characterised by great vision and intelligence.

With the arrival of surgeon Ruud Krom (trained by Dr Thomas Starzl, Denver CO, USA) and after visiting the programmes in Denver and the London/Cambridge UK programme of Prof. Roger Williams and Sir Roy Calne, it was in 1977 that Groningen started the preparations with development of many protocols. Prof. Gips’ motto was “ Always think first” and “The patient comes first”.

In 1979, Groningen was the fifth liver transplantation programme in the world, and the first with a team-based approach and an important role for hepatology. Their programme became highly successful, showing a substantial improvement in survival. In 1985, Prof. Ruud Krom continued his career in Rochester MN, USA at the Mayo Clinic, where he started a new successful liver transplantation programme based on the Groningen protocols.

Prof. Gips founded the Netherlands Association for the Study of the Liver in 1977.  In 1981, he started the research fund Dutch Liver Foundation – later renamed MLDS (Maag-Lever-Darm Stichting) – and he initiated the Netherlands Liver Patients organisation in 1986. From the beginning, he involved medical students in his research programmes, which led to many PhD theses and scientific developments.

In 1987, Prof. Gips started a liver-research school, the Gips International School of Hepatology and Tropical Medicine (GISH-T), which existed till 2007. Over these 20 years, he supervised more than 150 medical students who performed research projects in international “centres of excellence”, contributing to international exchange of knowledge and sparking enthusiasm for hepatology. The last years of his life, he was still involved in his foundation for talented medical students.

Prof. Gips was a pioneer in the EASL community. He was involved with EASL from the second meeting held in Gothenburg, Sweden in 1967, was president of the EASL meeting of 1986 in Groningen, the Netherlands, and he attended the lion’s share of meetings over the decades. Furthermore, he was a member of the steering committee of the Journal of Hepatology in its early days.

He wrote an article for EASL, “Recollections from the Netherlands”, which was published in 2010 in the collected volume, Past and Present. This volume documented the 1966–2010 history of EASL and was co-authored by his colleague and lifelong friend, the late Prof. Roger Williams.

With his passing, we have lost one of the founders of Dutch hepatology and an international pioneer in liver transplantation. We are very thankful for his many great contributions.

With thanks to Prof. Bart van Hoek and Dr Maureen Guichelaar for their assistance with this tribute.

Read the tribute to Prof. Gips published in the Journal of Hepatology.

Download an open-access version of Past and Present, a history of EASL from 1966 to 2010, written by the late Prof. Williams and several contributing authors, hepatologists, and members of former EASL leadership. It provides a fascinating journey back in time through the first 44 years of EASL.