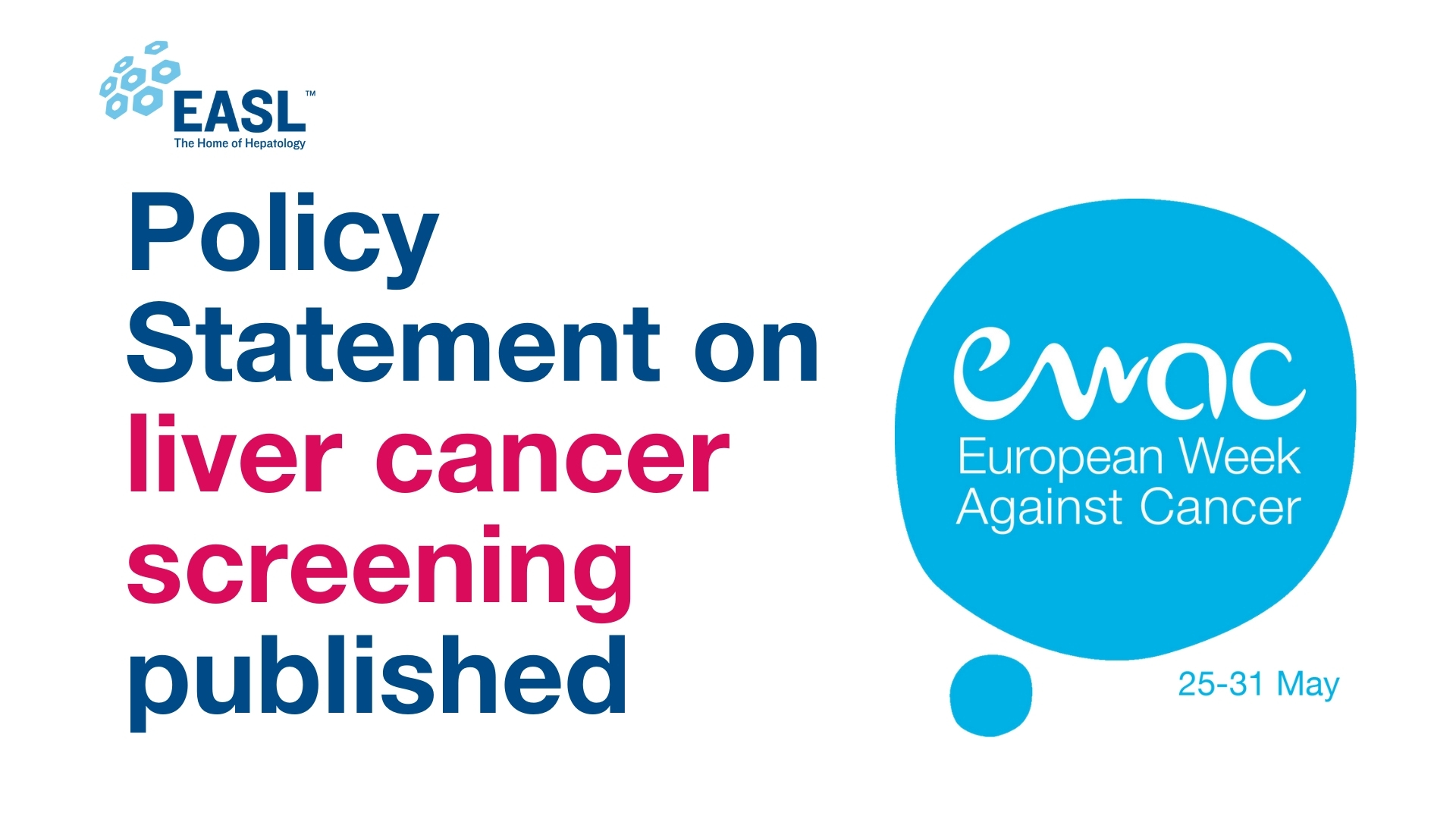 This European Week Against Cancer (#EWAC22), EASL is tackling liver cancer by publishing a Policy Statement on liver cancer screening.

This Policy Statement is written by EASL Policy and Public Health Committee member, Prof. Peter Jepsen, with the support of fellow committee members and the EASL Task Force on Liver Cancer. It is intended for the European Commission, the hepatology community, patient organisations, aiming to strengthen the evidence base in support of liver cancer screening for patients with cirrhosis.

Hear from lead author, Prof. Peter Jepsen, about why this Policy Statement is important for the future of liver health in Europe.

About our Policy Statement on screening for liver cancer

In Europe, the number of deaths from liver cancer has doubled in the past 30 years. Yet an established method to screen and reduce related deaths is available: screening for liver cancer with an ultrasound examination every six months. Although EASL guidelines recommend that such screening for be offered to patients with chronic liver disease, the European Commission’s Group of Chief Scientific Advisors (GCSA) state that evidence for such a recommendation is not sufficient. Consequently, there is low political support for EASL’s recommendation. This Policy Statement addresses this urgent problem, defining a strategy towards aligning EASL guidelines, patient preferences, and policy recommendations.

About the European Week Against Cancer

Every year, from 25 to 31 May, the European Week Against Cancer is held to unite Europe in the fight against cancer, under the one banner. Follow this year’s activities on Twitter with #EWAC2022.

The occasion serves to encourage all parties across Europe concerned – individuals, organisations, and governments – to raise awareness and educate the wider public about cancer and cancer issues, and to promote achieving a Europe free of cancer.

This year, EWAC will highlight and focus on the role that each one of us has in accelerating the implementation of Europe’s Beating Cancer Plan (#EUCancerPlan) – a core priority of the European Commission in the 2019-2024 legislative term.

How else is EASL supporting Europe’s Beating Cancer Plan?

EASL responded to the EU’s call for input on the Beating Cancer Plan in an effort to ensure that our recommendation be considered. In 2022, a key area of our work will be advocating for the revision of the Council Recommendation on Cancer Screening (first drafted 2003).

The Plan recognises not only vaccination against viral hepatitis B, but also the treatment of viral hepatitis C, as key methods to prevent cancer. Extra measures and supports for new initiatives at EU level are nonetheless needed to tackle liver cancer caused by viral hepatitis.

How is EASL engaging with the European Cancer Organisation, to mitigate liver cancer?

In early 2021, EASL became a member of the European Cancer Organisation (ECO), which aims to reduce the burden of cancer and improve outcomes and quality of care for cancer patients, by drawing on multiple disciplines and professions. EASL is actively involved in the ECO’s primary prevention network.  During EWAC 2021, we took part in several highly topical webinars, such as on cancer and alcohol, and on viral hepatitis.