On International Day of Women and Girls in Science, 11 February, EASL honours the many women making waves in our field of hepatology. So we invite you to discover the three women serving currently on the Task Force.

Through their portraits, discover their motivation for joining EASL, their contribution to hepatology and, as tomorrow’s leaders, their views on the challenges ahead regarding gender equality.

“The YI community needs to focus on policies, to counter the existing inequalities in career paths and dropout rates between the genders”.

As a young investigator, engaging with the EASL community and working closely with very active members of the Hepatology field across Europe seemed to me a remarkable opportunity. Also contributing to improve the visibility of other YIs and propose useful and novel educational activities was very appealing!

I believe it is not only an international society. EASL makes you feel that everyone plays a role in the Hepatology community, a big family sharing a common interest over the course of an entire academic career.

Has your experience among the YI Task Force matched your expectations?

Being part of the YI task force and working so close to the EASL GB has been an inspiring experience. I have learned a lot during all the work sessions behind the ILC organization and specifically enjoyed the intense brainstorming meetings.

What could be the next steps towards reaching gender equality in science and do you see your  integration in the EASL YI Task force as an opportunity to reach that?

I believe that the YI community needs to focus on gender policies to improve the inequalities in the career paths and the dropout rates between genders. These policies could attempt at facilitating the balance of a scientific career and family responsibilities  (i.e. the transition from YI to senior researcher often coincides with the greatest family burden) but also at improving the traditional views of leadership qualities and strengthen dialogue and lessons learned from women in Hepatology.

I joined the Viral Hepatitis Unit leaded by Dr. Xavier Forns during my specialization in Gastroenterology and Hepatology at the Hospital Clínic Barcelona. My research work during the last years has aimed to explore the impact of Hepatitis C Virus (HCV) cure in patients with advanced cirrhosis (clinically significant portal hypertension) and in patients with HCV-related extrahepatic manifestations. In addition, I have been strongly involved in epidemiological studies in the field of viral hepatitis and I am currently the PI of an international competitive grant aimed to achieve HCV micro-elimination among people who inject drugs and have high risk practices in Barcelona. During the last years I also gained a particular interest in the field of Hepatitis B (HBV) infection. As a result, I am now developing a clinical-translational research line focused on the virological and the immune correlates of viral persistence in order to deepen on the knowledge of novel immunotherapeutic strategies in HBV infection.

“Let’s be inspired by the example of Professor Dame Sheila Sherlock”.

EASL aims at building an expanding community of tomorrow’s experts in research and clinical Hepatology.  Giving my time to aid rising and dynamize this community is such an honour and an exciting experience. The EASL YI task force is made by YIs to YIs!

EASL is committed to promote the advance, dissemination and interaction of both basic and clinical research, fostering high-quality translational research that ultimately results in better outcomes for patients and society. In particular, I should highlight the excellent professional publications, educational meetings and training programs, which are great platforms for professional development and networking.

In addition, EASL recognizes the merit of Senior scientists and invests in Young Investigators, supporting the development of their career path.

What do you expect from your experience among the YI Task force?

I hope that being part of EASL YI task force will be a win-to-win situation. In one hand, this duty will challenge me to develop my soft skills. Further, working closely with active members of the Hepatology community will empower me with unique tools to take my research and academic path one step forward. In the other hand, I am motivated to expand and dynamize strategies and initiatives to connect YIs, bring them visibility and shape the next generation of Liver Disease specialists.

What could be the next steps towards reaching gender equality in science and do you see your recent integration in the EASL YI Task force as an opportunity to reach that?

Scientists are professionals engaged in the creation of new knowledge. For this mission, it is irrefutable that, in general, both men and women are equally proficient.

So, recognizing the merit of women scientists, breaking down cultural barriers and support women to face the social and domestic challenges that keep them away from science or promote higher drop-out rates are not courtesies but measures for equity that will conduct to a “true meritocracy”.

As a female YI, I have a particular empathy for this issue. Thus, as a new member of the EASL YI Task force, I will be committed with initiatives that help to empower more woman YIs to reach their full potential and participate equally in solving Hepatology challenges. Let’s be inspired by the example of Professor Dame Sheila Sherlock.

Marta Afonso’s work provided groundbreaking insights into the role of RIPK3-dependent necroptosis and miRNAs in the pathogenesis of several liver diseases, namely non-alcoholic fatty liver disease and cholestasis, while critically evaluating the therapeutic potential and eventual adverse events resulting from pathway inhibition. Currently, she is focused on studying the RIPK3-dependent immune-metabolic network that controls cancer stem cell biology and contributes to liver cancer development. She also aims to build a platform for discovery and early development of innovative therapeutic approaches for cancer prevention and treatment.

“Equality starts within our own minds, how we perceive ourselves and our professional environment”.

It is exciting to work as a clinician scientist, but it is also a career path that can be challenging at times. As a member of the YI Task force I can be actively involved in creating resources for clinicians and researchers during the important early phase of their career, and I can advocate for the implementation of measures that ensure that having a career and having a family are not mutually exclusive.

To me, EASL is a lot of things – it is a knowledge base and an educational resource, a platform for interaction, a think tank, and most of all, an active community. I like the slogan “The Home of Hepatology”, because it illustrates EASL’s mission to bring together people from different countries and professional backgrounds, that are united in their dedication to understand and treat liver diseases.

What do you expect from your experience among the YI Task force?

Being part of EASL’s YI Task force means to be part of a highly motivated, international team of young researchers. I look forward to our discussions, to sharing thoughts and to see some of our ideas being brought to life and incorporated into EASL’s future concepts and programs.

What could be the next steps towards reaching gender equality in science and do you see your recent integration in the EASL YI Task force as an opportunity to reach that?

During the recent lockdown in Germany I noticed that it still caused considerable surprise when the father and not the mother stayed home to homeschool the kids. I believe that this illustrates that gender equality is still not where it should be – not in our everyday life, and especially not in our heads. A 2020 PNAS publication addressed the gender differences in academia, and the authors found that although the “annual” number of publications were highly similar between each male and female authors, women had a significantly shorter publishing career, indicating they dropped out of science earlier than their male colleagues. Indeed, this career gap has even been increasing over the past 60 years.

So what could be the next steps towards reaching gender equality in science?

I believe that it is absolutely necessary to continue building a framework. This framework naturally includes having gender representatives, pre-specified women’s quota, or scientific awards dedicated specifically to “women” scientists. All of these efforts are steps on a road that has to be taken. But they are not the goal by themselves, and for us it is not sufficient to rely on these “external structures”. Equality has to be realized by us as women ourselves – we ARE equal, and we should act accordingly. Equality starts within our own minds, how we perceive ourselves and our professional environment.

I think that we need to provide the next generation of female scientists with tools that help them to receive the recognition they deserve. In my opinion, investing in courses for self-presentation, public speaking, or even poster design, can boost personalities and create confidence at these early career stages. At later career stages, during the postdoctoral years and as an independent investigator, the academic institutions need to make sure that no female scientist has to choose between having a career and having a family due to lack of childcare or for financial reasons.

We have to provide the next generation of female scientist with tools that help them to receive the recognition they deserve.

Again, these are all small steps on the road – above all is the mindset. If we achieve that one day, the term “woman scientist” feels as awkward as “male scientist”, we will have accomplished a lot.

If we achieve that one day, the term “woman scientist” feels as awkward as “man scientist”, we will have accomplished a lot.

My lab is interested in the molecular underpinnings of hepatobiliary malignancies. We aim to understand the clinical relevance of specific genetic alterations during liver carcinogenesis, and their impact on sensitivity or resistance to precision- and immune-oncology approaches.

Our work is directly influenced by recent clinical developments in the field of hepatobiliary cancers. For instance, ongoing projects deal with the molecular causes of primary resistance to FGFR inhibitors in patients with FGFR2-fusion positive cholangiocarcinoma, and address the consequences of loss-of-function of specific DNA damage response genes during liver injury and hepatocellular carcinogenesis. Using murine models but also primary patient tissues, we are trying to characterize the inter- and intratumoral heterogeneity of the tumor microenvironment in cholangiocarcinoma, and to delineate the influence of the immune contexture on clinical outcome parameters. 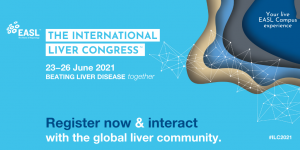