Jean-Pierre Benhamou passed away on 17th September 2008 at the age of 81. He was born in Alger, (Algiers) a French territory at the time, where his father was a professor of medicine.

In 1952, Jean-Pierre Benhamou was appointed Interne des Hôpitaux de Paris, a position which would give him the opportunity to meet Jean Bernard and René Fauvert, two of his mentors. Meanwhile, he obtained a science degree (1953). Under the guidance of René Fauvert, he did research at the Institut National d’Hygiène (which would later become the Institut National de la Santé et de la Recherche Médicale (INSERM)); while at the same time performing clinical and academic work at the Hôpital Beaujon, Clichy, where he became professor of hepatology (1961) and Médecin des Hôpitaux de Paris (1963).

From 1972 until 1985, Jean-Pierre Benhamou directed the Unité de Recherche de Physiopathologie Hépatique (INSERM). In 1974, he replaced René Fauvert as head of the Hepatology Department at Hôpital Beaujon. Prof. Benhamou retired in 1996. He was Secretary of EASL from 1967 to 1970; and President in 1993, when he organized the annual EASL meeting in Paris. He was Secretary of IASL from 1975 to 1979 and served as Editor-in-Chief for the Journal of Hepatology from 1990 to 1994. He received a number of prestigious international awards. Although Jean-Pierre Benhamou kept his private life to himself, he could not fully conceal the mutual love and support he shared with his wife Françoise, and his children Anne-Françoise, Mathieu, and Florence.

From the very beginning of his career, one of Jean-Pierre Benhamou’s goals was to apply scientific methods and reasoning to medicine as well as doing laboratory research and clinical work at the same time. He soon realized that this project could be applied to hepatology, an area which had not yet been clearly defined as a medical specialty. The areas of hepatology which he was particularly interested in were portal hypertension, drug-induced liver injury, and fulminant hepatic failure. The group he founded and managed made the major contributions of showing the risks of surgical portacaval shunting and later discovered the benefits of beta adrenergic blockade for portal hypertension. In the area of drug-induced liver disease, his major contribution was the description of reactive metabolite-mediated toxicity; and through his clinical insight liver injury induced by several agents was recognized and characterized. Jean-Pierre Benhamou played a role in the delineation of fulminant hepatitis and in implementing emergency liver transplantation as a treatment for this condition. His group had a wide scope of interests, including bile secretion, protein secretion by the liver, alcoholic hepatitis, viral hepatitis, liver transplantation and vascular disorders of the liver. These impressive results reflect his extensive and deep knowledge of the liver and liver disease, his clarity in addressing scientific issues, and an incomparable talent as a mentor to his collaborators.

Jean-Pierre Benhamou was extremely popular with biomedical scientists, physicians, and students alike. People were attracted to his sharp intelligence, immense knowledge of medical and general culture and his profound respect for the opinions of his colleagues and collaborators. He was incredibly tolerant, although not of all ideas, and above all, he had a marvellous sense of humour. Many of his former fellows and assistants can now be found throughout France, Belgium, Switzerland and the Mediterranean basin, as well as in other non-French speaking countries, where they lead active groups: all of them still consider Jean-Pierre Benhamou their mentor, and were all unfailingly supported by his advice and warmth.

A most remarkable and well known of Jean-Pierre Benhamou’s achievements was teaching. What appeared easy and fun actually required a considerable amount of work; he conceptualized medical communication (the topic of one of his early books), prepared lectures and conferences, down to the tiniest detail (including jokes). The result was a wonderful learning experience presented by a professional master. He loved his audience but never forgot his goal – to deliver a clear and long lasting message. He put the same care into his written educational works which were clear, concise, and comprehensive. Updating was considered a duty to the readers: between 1972 and 2007, there were five editions of his textbook “Maladies du Foie et des Voies Biliaires” (Médecine-Sciences, Flammarion, Paris). Between 1991 and 2007, there were three editions of the “Textbook of Hepatology” (Oxford University Press, Oxford, and for the last edition Blackwell Publishing, Oxford),which he co-edited with leading European hepatologists.

Jean-Pierre Benhamou liked to quote Jules Michelet: “L’enseignement, c’est une amitié” (“Teaching is like friendship”). Many hepatologists are clearly indebted to him for this most perceptible friendship. 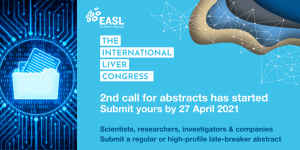