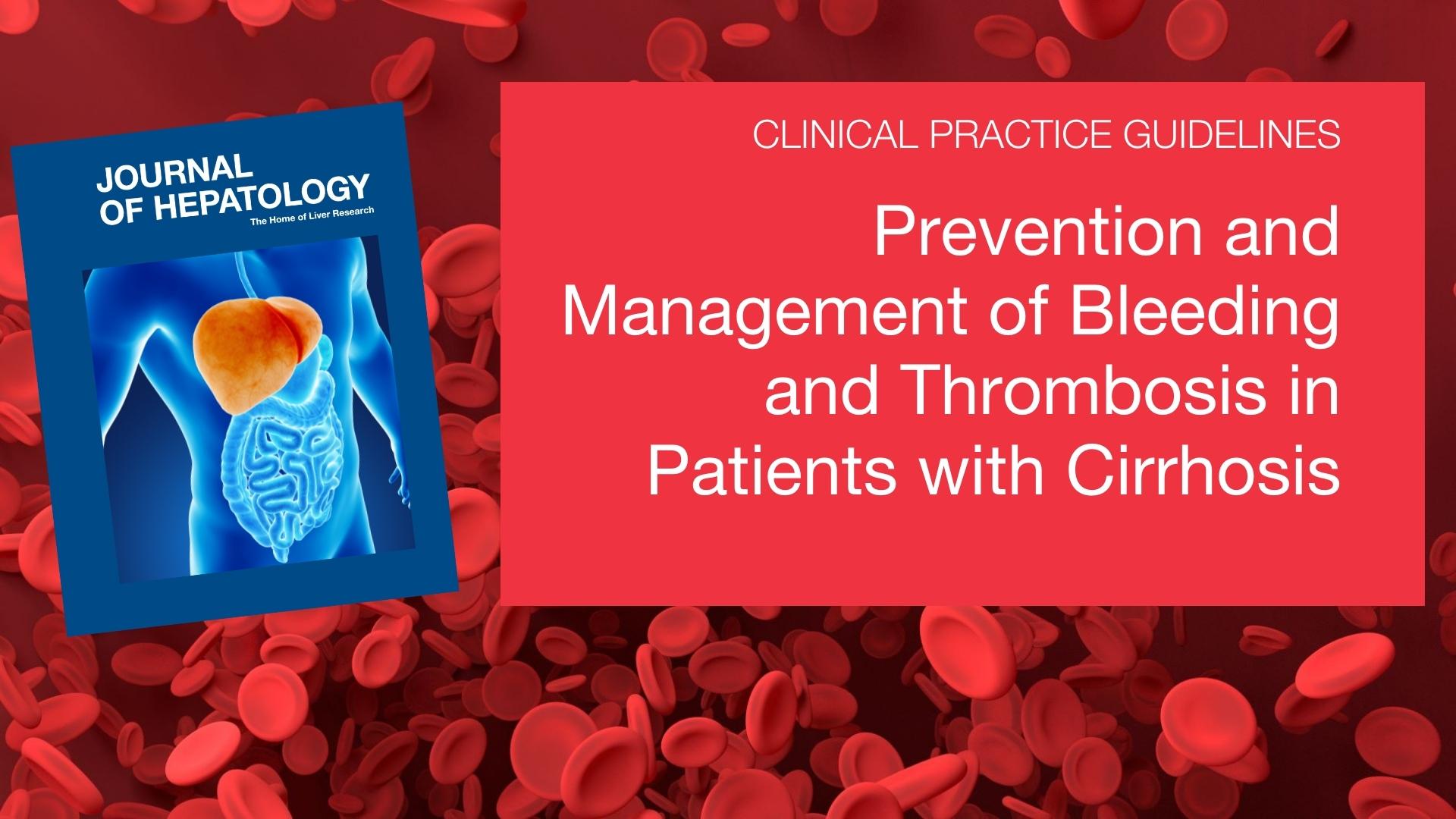 EASL is proud to announce the release of new set of EASL Clinical Practice Guidelines (CPGs) on the prevention and management of bleeding and thrombosis in patients with cirrhosis, addressing the difficult clinical questions posed by the occurrence of both bleeding and thrombosis. As patients with cirrhosis frequently acquire substantial alterations in their haemostatic system and are generally not protected from the occurrence of thrombosis, these CPGs will be very valuable to the hepatology community.

The publication, titled Prevention and Management of Bleeding and Thrombosis in Patients with Cirrhosis, by Erica Villa et al, has been published in the Journal of Hepatology.

A snapshot of these CPGs

Multiple recommendations in this document are on interventions the panel feels are not useful, even though widely applied in clinical practice. An example is the advice not to correct a prolonged prothrombin time in a patient with cirrhosis prior to a procedure. The guidelines follow on EASL’s publication of CPGs in 2015, Vascular Diseases of the Liver, and in 2018, Management of Decompensated Cirrhosis.

These CPGs will provide practical guidance on debated topics, including current views of haemostasis in liver disease, controversy regarding need of correcting thrombocytopenia and abnormalities in the coagulation system in patients undergoing invasive procedures, and the need for thromboprophylaxis in hospitalised patients with haemostatic abnormalities. For all these aspects, definite indications from literature are lacking, but a large agreement has been reached between the members of the writing panel and the members of a large Delphi panel

About the methodology behind these CPGs

These CPGs were developed using the Delphi method, a framework based on the results of multiple rounds of questionnaires sent to a panel of experts. After three meetings of the writing panel, questions were formulated and judged by the Delphi panel. Next, CPGs were sent to the Delphi panel, which included 34 international experts in hepatology, gastroenterology, haematology, anaesthesiology, internal medicine, surgery, endoscopy, and radiology.

Agreement between the writing panel and Delphi panel was reached after just one round of the questionnaire. As all questions but two (which had a score between 66 and 68%) received a score above 75%, a second round of evaluation by the Delphi panel was not required. For the two questions that had a 66–68% score, the experts modified the questions according to Delphi suggestions. This process combines the benefits of expert analysis with elements of consensus.

The Table of Contents includes: