Dame Sheila Sherlock died, peacefully, on 30 December after a long illness. She was a founding member of the European Association for the Study of the Liver (EASL), its second President (for the meeting in Gothenburg in 1967), and the first editor of this journal, serving from 1974 to 1979. In 1950 she was one of the first members of the American Association for the Study of Liver Diseases (AASLD) and – according to Hans Popper – in July of that year she ran the first international meeting devoted solely to liver disease, a CIBA symposium held in London. The International Association for the Study of the Liver (LASL) was founded in Washington in 1958, during the first World Congress of Gastroenterology. Although absent, awaiting the birth of her first daughter, Sheila was elected its first President; Hans Popper became Secretary. The first metting of IASL was held at the Royal Free in 1960.

Sheila was born in Dublin on 31 March 1918, but brought up from an early age in Folkestone, Kent, where she attended its Country School for Girls. She decided to study medicine. All her applications to medical schools were rejected, but in August 1936 she had a late offer from Edinburgh and started there that October. She described her student days in My medical school (1078), a collection of reminiscences edited by Dannie Abse. She and her mother had little money so she depended on grants and scholarships and spent her holidays working – sometimes as a waitress, sometimes as a tutor in a  ‘crammer’. She graduated MB, BCh (summa cum laude) in 1944, and won the Eules Scholarship as top of her class. Even so, as a woman, she could not receive one of the coveted house jobs (internships) at the Royal Infirmary.

Instead she became clinical assistant to the Professor of Surgery, James Learmonth (Leter Sir James), who taught her the rudiments of medical research, She called him ‘Poppa’; years later, when she got engaged, he traveled to London overnight, inspected (and approved) her finance at breakfast, then returned to Edinburgh.

In 1942 she was house physician to Professor McMichael (later Sir John, another Eules scholar) at Hammersmith Hospital and the Postgraduate Medical School. He taught her liver biopsy and, in 1943, with the pathology John Dible, they published a paper on the pathology of acute hepatitis (Lancet, 2 October); it effectively demolished the theory of ‘catarrhal jaundice’ attributed to obstruction of the ampulla by a plug of mucus. this work was the basis of her thesis for an Edinburgh MD (and gold medal) in 1945. No one could have predicted what was to follow. Supported by the Medical Research Council, then by the Beit Memorial Fund, she studied the biochemistry of the liver and its disorders, although biochemistry was never to be her forte. When the war ended she investigated the effect on the liver of the malnutrition still to be found in Germany. Awarded a Rockefeller travelling fellowship in 1947 she went to the Department of Physiological Chemistry at Yale, headed by C.N.H. Long, best known for his work on the isolation of ACTH. She returned to Hammersmith a year later as Lecturer and Honorary Consultant Physician. She was only thirty.

Within a few years her new Liver Unit was famous – and so was she! Research fellows came from far and wide, particularly the USA and the Commonwealth. The research output was prodigious, with publications on many aspects of liver disease. During this time her interests included hepatic handling of glucose, the pathophysiology of the portal circulation, the mechanisms and management of hepatic encephalopathy. 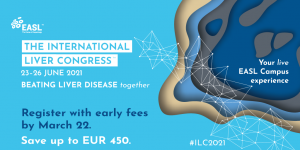